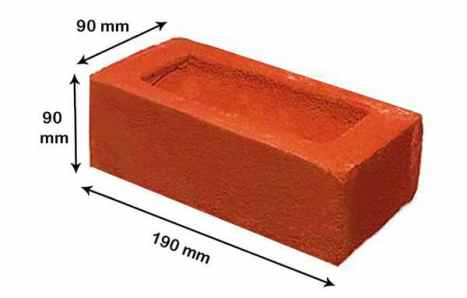 Standard Brick Size Around The World

Every country has a different system of measurement either an imperial system or metric system. We will discuss how the size of the bricks being used around the world.

In the US, the American society of testing material (ASTM) is responsible for testing the strength and sizes of common building materials such as bricks. According to the ASTM, the Standard brick size in America is (203 x 92 x 57) mm.

A generally used modular brick size is (194 x 92 x 57) mm. Because of the modular size, it is easy to calculate the bricks in the given run.

Roman Bricks are available in a variety of colors such as brown, black and gray. While mega line bricks are dark red, orange, and smoked black colors.

The standard brick size in South Africa is (222 x 106 x 73 mm). The size is because of two important factors, first one is that the bricks fit well in the hands of the mason without any strain, secondly, the size is perfect to create bonds on various types. The arithmetic relationship between length and width is 2:1 and the length to height ratio is 3:1. This proportion allows the brick to bond in any direction.

There are many other types of bricks used in India as follows:

Bricks can be classified into types based on the material of composition, following is the types of bricks; Clay bricks were the first artificial building material invented by men for construction. Clay Bricks are produced by mixing clay and water and mold them in standard brick size. Normal clay bricks contain the following ingredients :

Clay bricks must be soaked in water 24 hours prior to use. Generally, Clay Bricks are classified into two main types, Fire bricks, and sun-dried unburnt bricks.

Fire bricks are burned in the kiln at a high temperature of 800-1100 C. Burning process makes bricks more durable and suitable to use in permanent structures. This process usually involves three stages, 1. Clay and water mixing, 2. Molding and drying, 3. Burning at high temperature. Fire bricks are good quality bricks and are further classified into five different types: First Class fire bricks are good quality bricks that are used for high-class projects. These bricks are molded by a table molding machine and burnet in large kilns for fine results. First-class bricks are mostly the same size, same color, and have regular edges, and smooth surfaces. Because of their durability and strength, they are expensive than other classes of bricks. Second Class fire bricks are medium quality bricks, they are molded on the ground and burnt in kilns. Because they are molded on the ground on irregular surfaces, they don’t have a smooth finish and sharp edges. Their color is also not the same with some bricks are light and others are dark colors. They are also durable and provides strength but because of irregular faces, smooth plaster is required for finishing. Third Class fire bricks are molded on the ground and burnet in clamps because these bricks are molded on the ground by less trained workers, the shape is irregular and the finishing and size are also not the same. They are vulnerable to water and can not be used in exposed structures or where water contact is immediate. It can be used for the construction of temporary structures like construction stores or temporary walls. Sun-dried bricks are unburnt bricks that are mold on the ground and dried in the sun. these types of bricks are not suitable to use in load-bearing structures, because of their vulnerability to water and fire. Unburnt bricks are used to form temporary perimeter walls in villages, or used in temporary structures for a limited time. Fly ash bricks are also known as self-cementing bricks because of their high calcium oxide concentration. It is made of fly ash and water and provides great resistance to freeze-thaw cycles as compared to clay bricks. Fly ash bricks are lightweight bricks and are used to reduce the dead load on structures. They have better fire resistance, high strength, uniform shapes and size, and better finishing than clay bricks. 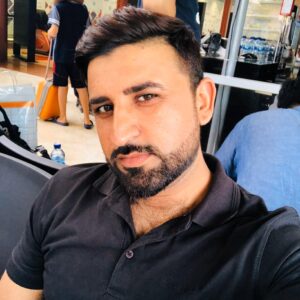 Hey, I am Naveed Afsar, the Man behind the idea of this website. I started this site to spread the knowledge and experience for new engineers, i am Degree Holder in Civil Engineering with 10 years of Experience in Construction Industry.